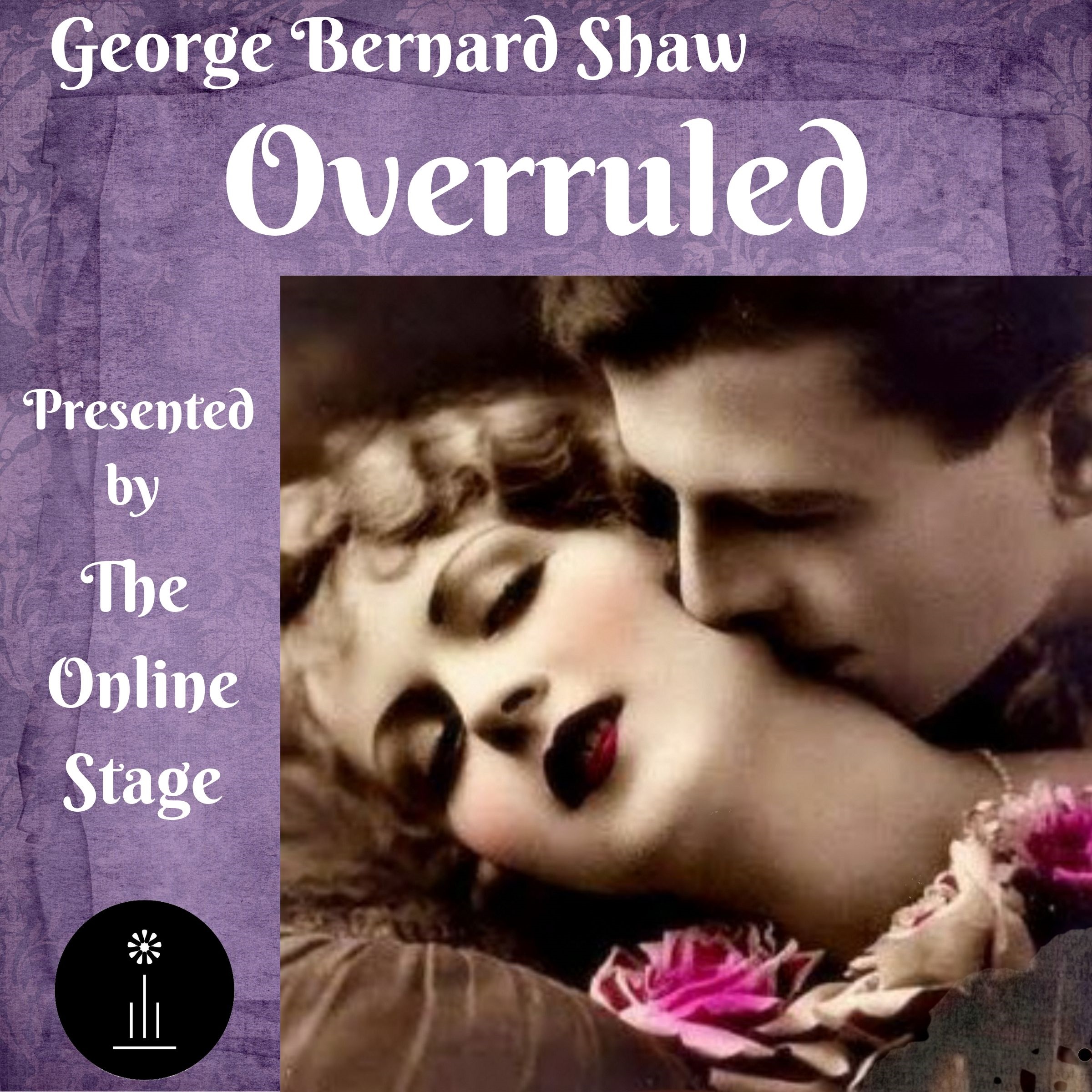 Overruled
By George Bernard Shaw
Presented by The Online Stage
This one-act farcical comedy, which deals with the inevitably contentious subject of polyandry, was first produced in 1912.
In the preface Shaw wrote:
My playlet, which I offer as a model to all future writers of farcical comedy, may now, I hope, be read without shock. I may just add that Mr Sibthorpe Juno's view that morality demands, not that we should behave morally (an impossibility to our sinful nature) but that we shall not attempt to defend our immoralities, is a standard view in England, and was advanced in all seriousness by an earnest and distinguished British moralist shortly after the first performance of Overruled.
The solution to “sex problems” lies in sound moral hygiene, the first foundation of which is the discontinuance of our habit of telling not only the comparatively harmless lies that we know we ought not to tell, but the ruinous lies that we foolishly think we ought to tell.
Cast
Narrator - Noel Badrian
Mrs Juno - Erin Louttit
Gregory Lunn - Mark Crowle-Groves
Sibthorpe Juno - David Shears
Mrs Lunn - Leanne Yau
Audio edited by Denis Daly
This recording may be freely downloaded and distributed, as long as the Online Stage is credited as the author.  It may not be used for commercial purposes or distributed in an edited or remixed form.
The Online Stage is a collective of actors and narrators who have come together to present high quality recordings of classic drama in audio format.  For further information or to view our catalogue please visit
The Online Stage